MASAI I. LORD is a veteran trial attorney who has handled over a thousand cases in a wide variety of matters in state and federal court. He has conducted jury trials in both federal and state courts and also has negotiated settlements on civil rights and employment related matters. Mr. Lord is also an of-counsel union attorney.

He is a tried and true New York litigator. With a father born in Bed Stuy and mother born in Barbados, Masai understands and appreciates the diverse and dynamic populations that make up New York City.

Prior to founding Lord Law Group, Masai co-founded Lord and Schewel PLLC, which specialized in Civil Rights, Criminal Defense, and Employment Discrimination. While at L&S, Masai worked on multiple wrongful conviction cases, including Lavell Jones, who spent 17 years in jail after wrongfully being convicted of murder, and Corey Epps, who spent 20 years in prison for a murder he didnt committ.  Corey Epps settled in the Court of Claims for over 4 million.

Prior to L&S, Masai worked as a public defender in Kings County in Brooklyn. During his tenure, Masai won more trials than any other attorney in the office. His aggressive motion and trial practice has resulted in most of his cases that were supposed to be tried actually being dismissed instead. He has also successfully litigated first amendment challenges to recent New York City legislation. As an expert in cross examination, Masai has been able to secure acquittals in some violent felonies and DWIs after the juries deliberated for only a few minutes.

Masai is a  past director of the St. John’s School of Law Alumni Association and current board member of the St, John’s Alumni Of Color Caucus. He is also a member of Alpha Phi Alpha Fraternity, Incorporated and former all star athlete.

Rest of The Team

Rob Rickner is Of Counsel to Lord Law Group.  Rob has experience litigating claims involving wrongful conviction, police misconduct, freedom of speech, and commercial disputes.  He founded Rickner PLLC in 2017 both to continue his years of civil rights work and to try new, innovative ways of litigating commercial cases. 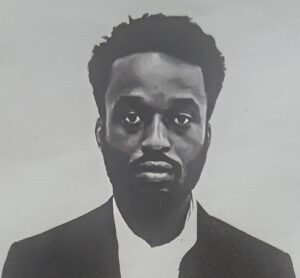 Akeeb Dami Animashaun is of counsel to Lord Law Group PLLC.  He is currently a civil rights lawyer in New York. He was previously a staff attorney at Civil Rights Corps, where he litigated federal civil rights cases challenging unjust and unlawful policies in state and municipal criminal systems. Prior to that, he was the Marvin M. Karpatkin Fellow at the ACLU’s Racial Justice Program. He is a graduate of Rutgers University and Harvard Law School. He is admitted to practice law in New York and Washington DC.